Gustav Langenscheidt founded a publishing house for “self-teaching letters” and dictionaries in Berlin in 1856 after literally running out of words during his travels in Italy and France. The monolingual dictionary of German as a foreign language is now the standard reference work for professionals. Over 120,000 keywords, example sentences, and clear definitions.

With his “Complete Orthographic Dictionary of the German Language,” Konrad Duden created the basis for a simple, uniform, and easy-to-use German spelling system in 1880. Today it is the standard: the 28th edition, 2020. Discover a wealth of German vocabulary with 148,000 keywords.

Reference corpora, e.g. on the US presidential election.

Online since 2007, a bilingual dictionary combined with a webcrawler that searches bilingual texts to provide translation examples: huge translation database. Recipient of an award at the 2008 start-up competition organised by the Federal Ministry of Economics and Technology; company based in Cologne, Germany.

DeepL Translator
Online since 2017, a machine translation program that uses artificial intelligence to understand and translate texts; texts of up to 5,000 characters in length free of charge.

Founded in Berlin in 1945; highest circulation among Berlin newspapers.

Founded in Frankfurt in 1949, national daily newspaper with a very large network of correspondents in Germany and abroad, middle-class conservative.

Founded in Düsseldorf in 1946, business and financial newspaper, designated paper for stock exchange notices in Frankfurt/Main and Düsseldorf.

Founded in Hamburg in 1946, national weekly newspaper with editorial offices around the world, left-liberal, long-time editor was Helmut Schmidt (German Chancellor 1974 to 1982). 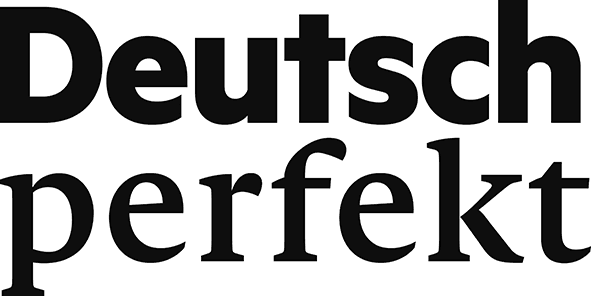 Since 2005, published monthly; magazine for learners of German with audio trainer and exercise book perfectly complement your language training with interesting information about everyday life, society, and culture in the German-speaking DACH countries of Germany, Austria, and Switzerland. Articles in three difficulty levels with word explanations. 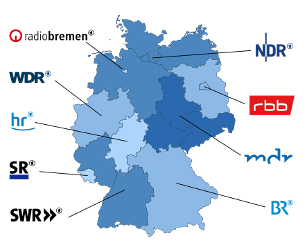 National public television channel, a joint production of the ARD state broadcasting corporations, each of which also broadcasts itself as a regional channel.

The oldest programme on German television, the news programme for a summary of the day’s events since 1952, produced in Hamburg by NDR, main broadcast at 8 pm daily on “Das Erste” (15 minutes); online news portal with additional in-house editorial staff.

One of the most successful children’s programs on German television: “laughing and learning stories,” not only for children, but also a good source of vocabulary and listening practice for learners of German, with explanations of everyday objects, history, politics, technology, nature, sports. For example:

Founded in 1991, public service channel based in Strasbourg, German-French cooperation, programmes in German and French.

The focus is on culture, history, Europe. Theme nights on economic, geopolitical, and social issues. Karambolage - a series that humorously explains the small and big differences between Germans and the French: e.g. Little Red Riding Hood.

Political and documentary channel jointly operated by ARD and ZDF since 1997: Broadcasts Bundestag parliamentary sessions, party congresses, press conferences; discussion programs on current political topics. The name refers to Phoenix, who according to Homer was the father of Europe.

Since 1963, ZDF news programme with current daily news, main programme daily at 7 pm, started as a combination of news and background reports with an editor in the studio, in contrast to the “Tagesschau” with its “newscaster”. By the way: In 1971, Wibke Bruhns was the first woman to read the news of the day. It was not until 1976 that a woman, Dagmar Berghoff, also spoke in the “Tagesschau”.

In contrast to the heute news, the heute-journal at 9:45 pm covers specific topics of the day in more detail, including interviews with politicians, business leaders, and other experts. There is also a stock market report from Frankfurt.

The weekly digest in simple language is published every Friday afternoon by Deutschlandfunk: the most important news of the week as text plus audio to listen to. With vocabulary explanations. 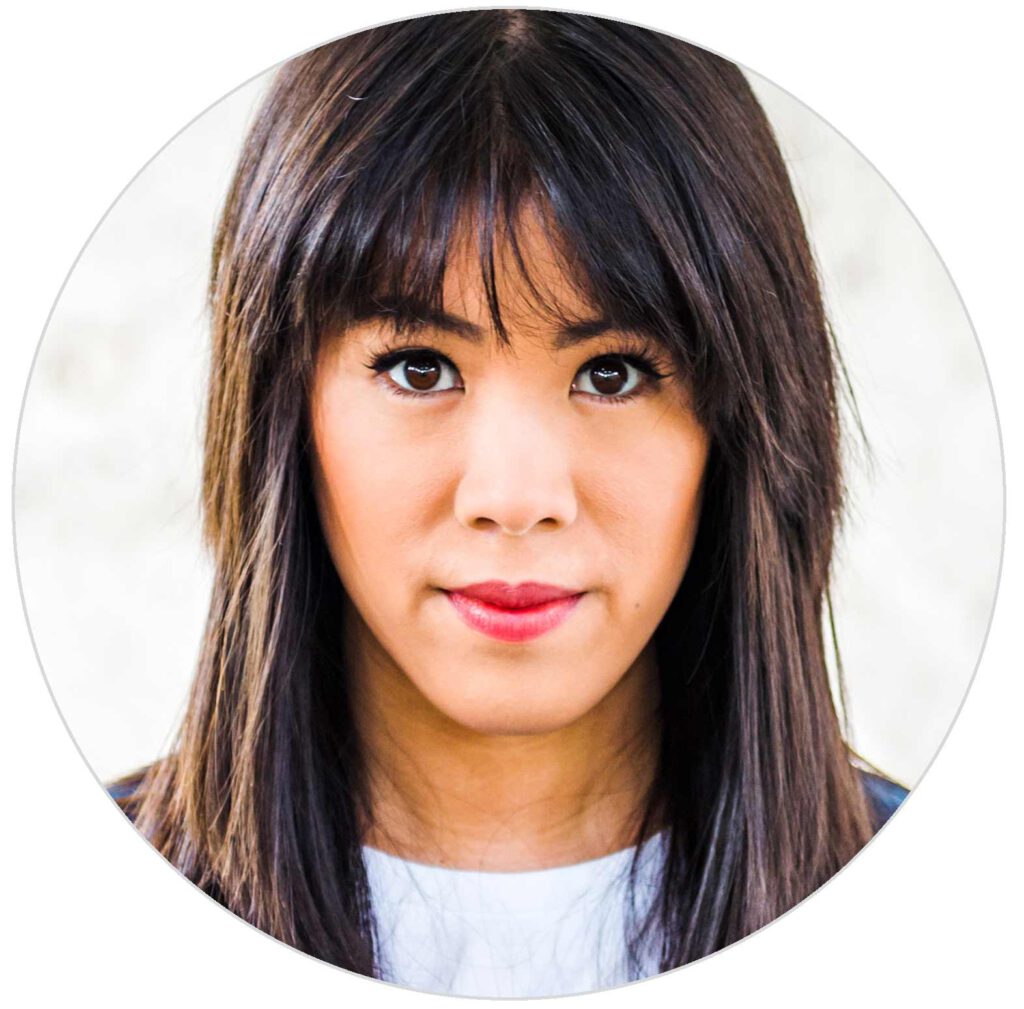 Chemist, German science journalist, Youtuber: “Love Letters to Science,” recipient of the Order of Merit of the Federal Republic of Germany (2020) 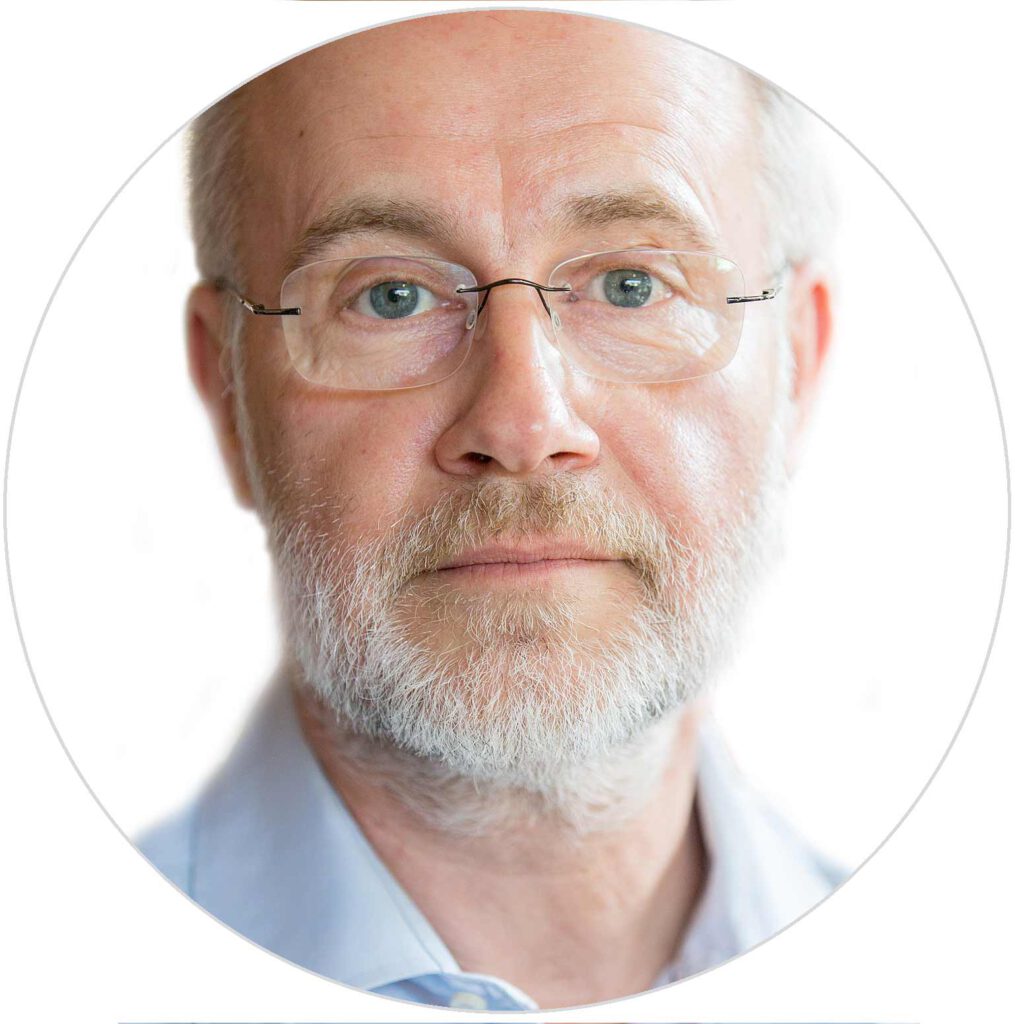 Science programmes, “Leschs Kosmos,” on current and relevant developments, understandable and entertaining. With subtitles. e.g. “A Climate-Neutral Europe – But How?” 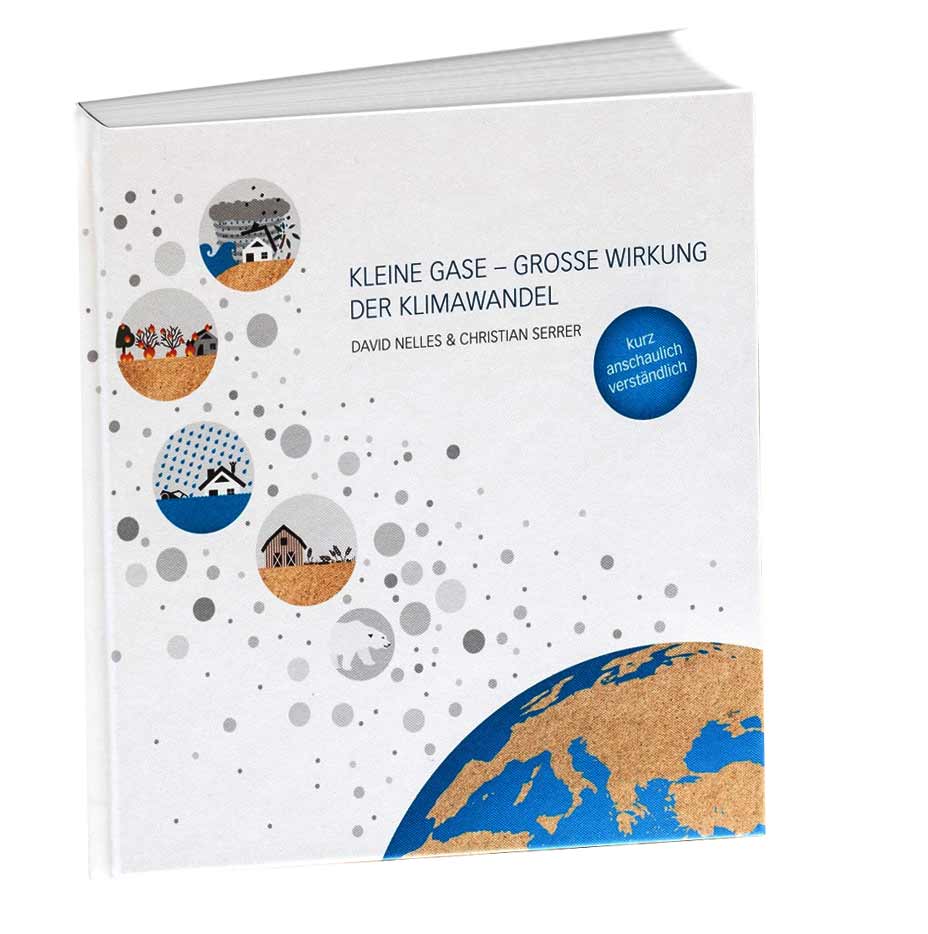 The book on climate change – two students bring the facts on climate change to the point in an understandable way. Clear visuals and brief texts provide information AND the most important vocabulary on the subject! 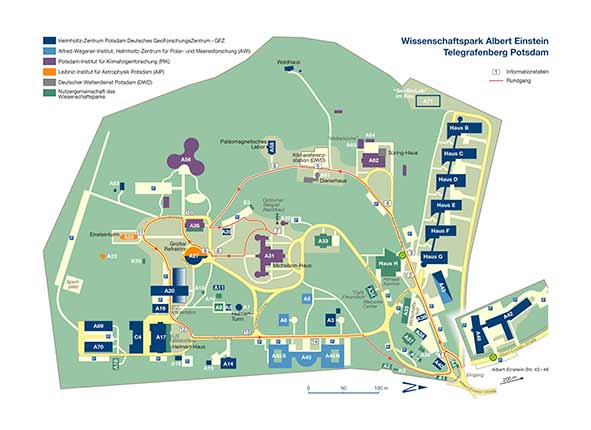 A science walk across the Telegrafenberg hill, Potsdam. PDF-Download 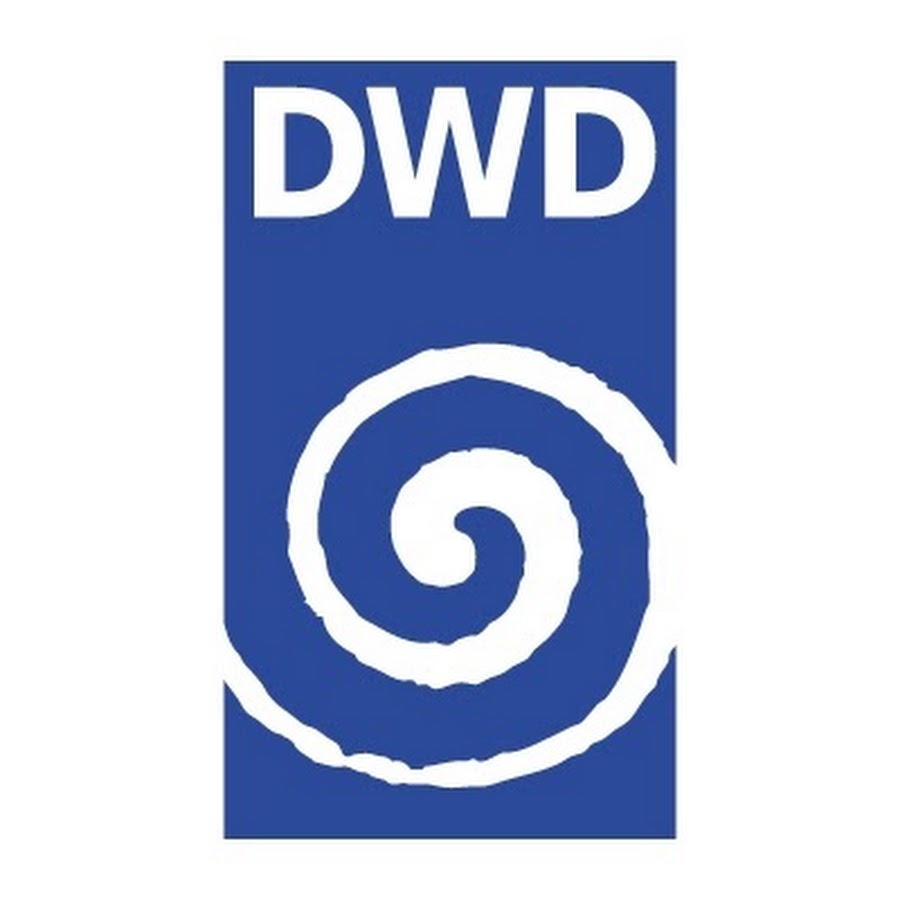 The ice and sea are studied at the AWI in Potsdam because the polar regions and oceans play a central role in the global climate system. AWI infographics help to condense complex information. 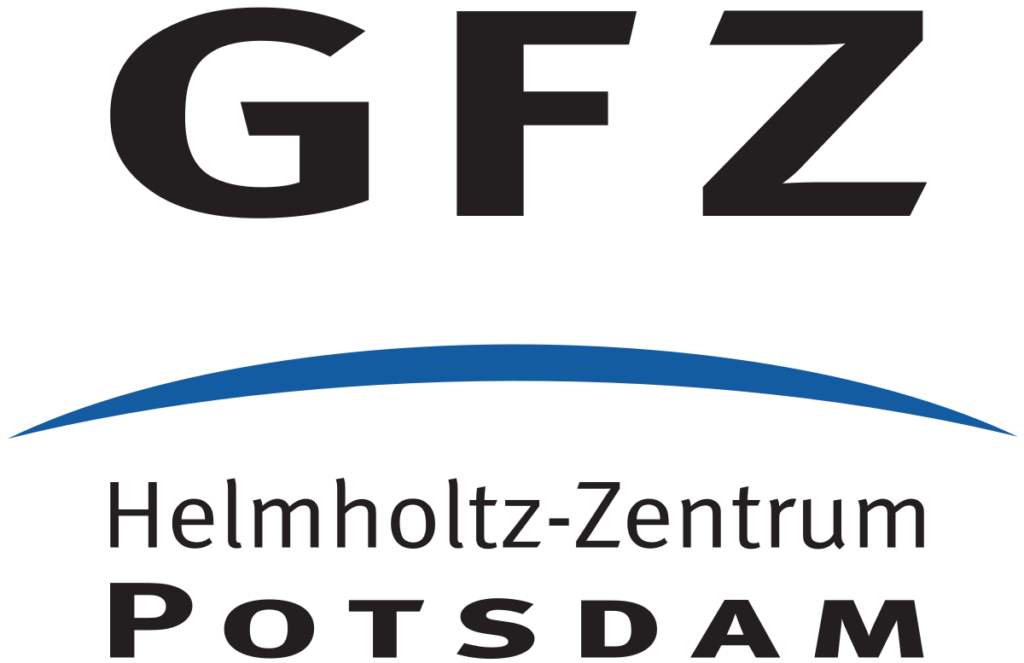 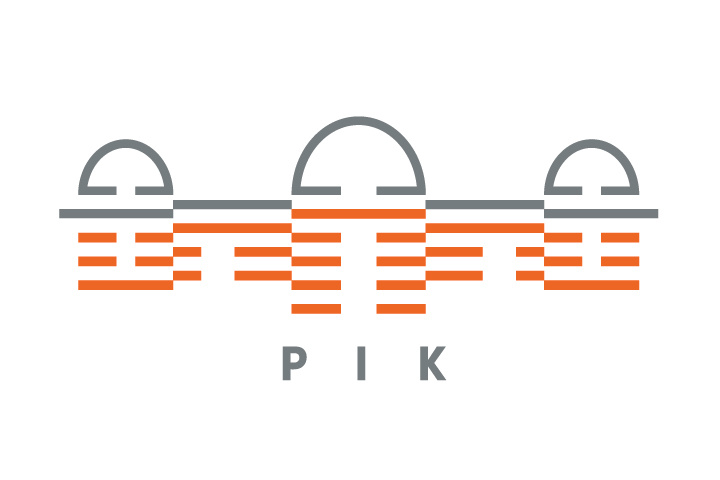 Founded in 1992 as an interdisciplinary institute where natural, economic, and social scientists work together to research how the Earth is changing as a system, what the consequences of climate change are, and what strategies are needed for global sustainability. New app: Klima-Zeitreisen 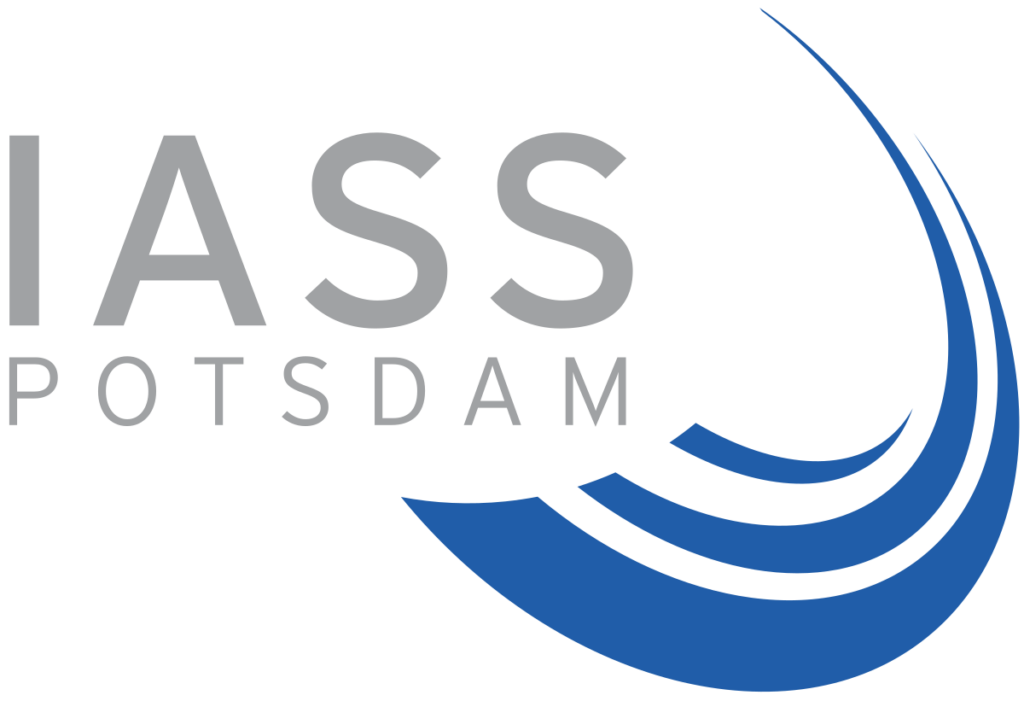 Founded in Potsdam in 2009 as an initiative of the German federal government, the state of Brandenburg, and research organisations with the aim of developing a common understanding of sustainability challenges with diverse actors from science, policymaking, and public administration. 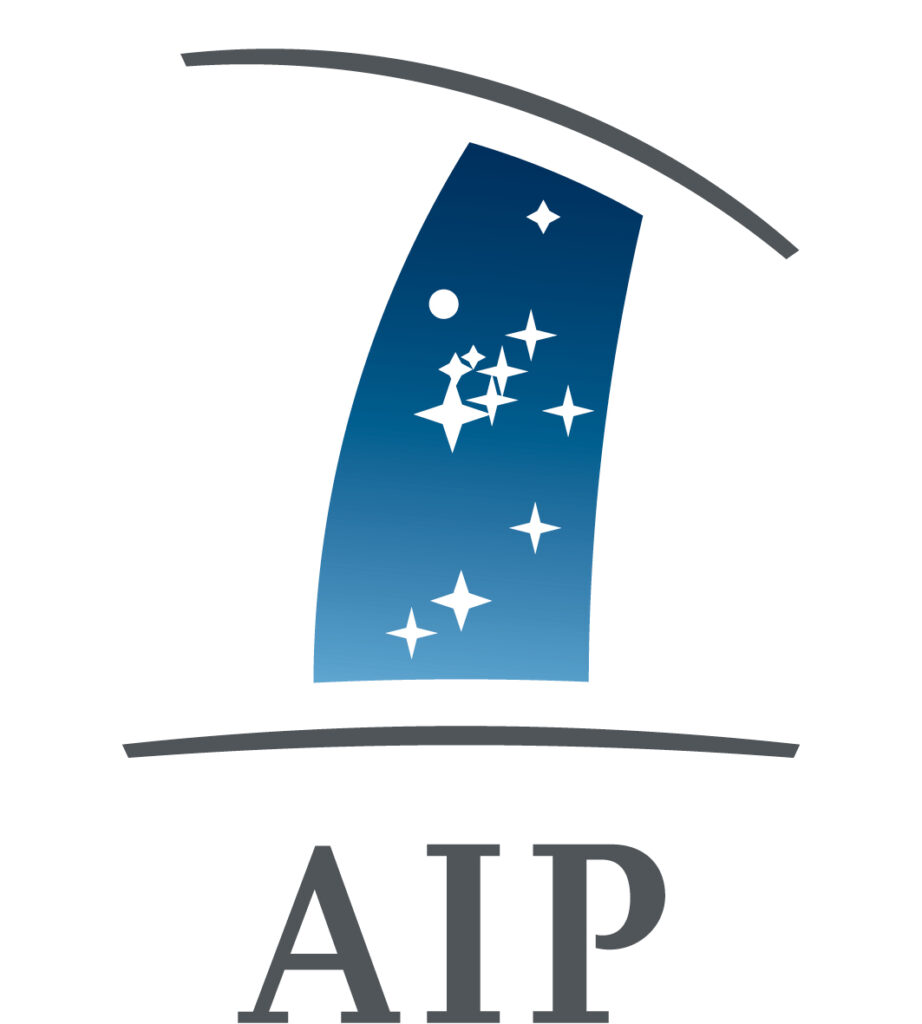 UNESCO-Orte
UNESCO sites in Germany at a glance

Maps with regional variants in German-speaking countries - e.g. Where do you say Samstag or Sonnabend? Brötchen, Semmel, Weck, Weggli or Schrippe?

“What does it take to learn a foreign language as an adult?”

Interview with Luis Miguel Rojas-Berscia, a Peruvian linguist who speaks 30 languages. Published in the Süddeutsche Zeitung magazine on 15 June 2020.

Nadine Roßa, who devoted her thesis to this special letter. “For some, it is the fall guy of German orthography, for others, a typographical eyesore; for me, it is a gem and the most beautiful letter of all – the eszett [ß].”

Information about Goethe and the art and culture of his time, a project by scholars at the Ludwig Maximilian University of Munich

When Henri Théodore Fontane was born in Neuruppin in 1819, his Huguenot family had already lived in the Margraviate of Brandenburg for several generations. In 1849, he gave up the profession of pharmacist he had learned and established himself as a journalist and freelance writer. He was a war correspondent, travel writer, theatre critic, and author of novels. He died in Berlin in 1898. Entdecken Sie Geschichten über Fontanes Leben, Arbeitsweise und Werk auf dem Informationsportal des Hauses der Brandenburgisch-Preußischen Geschichte in Potsdam. Basis sind die beiden Fontane-Ausstellungen im Jahr 2019.  / “Whether it is red brick or stony grey, you transfigure it, Havel, in your blue.” Wanderungen durch die Mark Brandenburg, volume 3, Havelland, 1873

Kurt Tucholsky, born in Berlin in 1890, was a pacifist and humanist, an important writer, and a journalist in the Weimar Republic, who warned early on against the rise of the political right. He published most of his texts under the pseudonyms of Ignaz Wrobel, Kaspar Hauser, Peter Panter, and Theobald Tiger. In 1929 he went into exile in Sweden and from there continued to criticise developments in Germany. He died in Sweden following an overdose of painkillers in 1935. “Language is a weapon. Keep it sharp.” Castle Gripsholm. A Summer Story is the title of a story he published in 1931. This cheerful yet melancholy love story is one of his most famous works and recalls his 1912 debut novel Rheinsberg: A Storybook for Lovers. “Anyone can manage to be happy for a brief time. A brief happiness: none other is conceivable.”

Born in Nițchidorf, Romania, in 1953, she was part of the German minority as a Banat Swabians, and emigrated to Germany in 1987. A Germanist and author who received the Nobel Prize for Literature in 2009. Confronting dictatorships and the importance of language are her key themes.

“Freedom is the opposite of despotism. It is how a writer resists oppression using language.” A eulogy to Herta Müller by Caroline Fetscher, Der Tagesspiegel, 28 March 2010.

“Each language has different eyes sitting inside its words.”
Herta Müller in conversation at the 2018 Salon Sophie Charlotte organised by the Berlin-Brandenburg Academy of Sciences and Humanities.

The German Digital Library (DDG) is a project jointly operated by federal, state, and local government in Germany. As a central national portal, its goal is to give everyone free internet-based access to Germany’s cultural and scientific heritage, i.e. to millions of books, archival materials, images, sculptures, pieces of music and other audio documents, films, and sheet music.